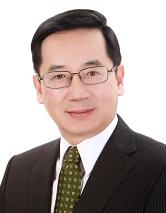 Professor Peter Wushou Chang received his MD degree in 1984 from the National Yangming University Medical College, Taiwan, and his Master of Public Health with major in the environmental and occupational health and his Doctor of Sciences with major in the radiation biology in the Department of Cancer Biology in 1988 and 1992, respectively, from the Harvard University School of Public Health. He also was a visiting scientist in the Radiation Epidemiology Branch in the NCI, NIH, in 2000. He was endowed Fellow of the Royal College of Physician, FRCP, in London in 2011 for his continuous work for public health and global health. He became an ombudsman since January 2018 in Taiwan and served as the Chairman of the Committee of Foreign Affairs and Overseas Communities in the Control Yuan in Taiwan since 2018.

Professor Chang served as an associate professor and professor of the Institute of Public Health as well as the Institute of Environmental Health Sciences in the National Yangming University College of Medicine since 1992. Later as an advisor of the Ministry of Health in 2002, he became the Director of the Health Division in Geneva & Brussels between 2002 to 2009 and the Director General in the Department of International Affairs, Ministry of Health in Taiwan between 2004 to 2007. He also served as the International Dean & Vice Dean in the College of Public Health and Nutrition in the Taipei Medical University between 2009 and 2012, and as the senior advisor in the National Taipei Hospital of the Ministry of Health and Welfare in Taiwan from 2012 to 2018.