Chuck Shoemaker is developing medicines based on VHH antibody fragments 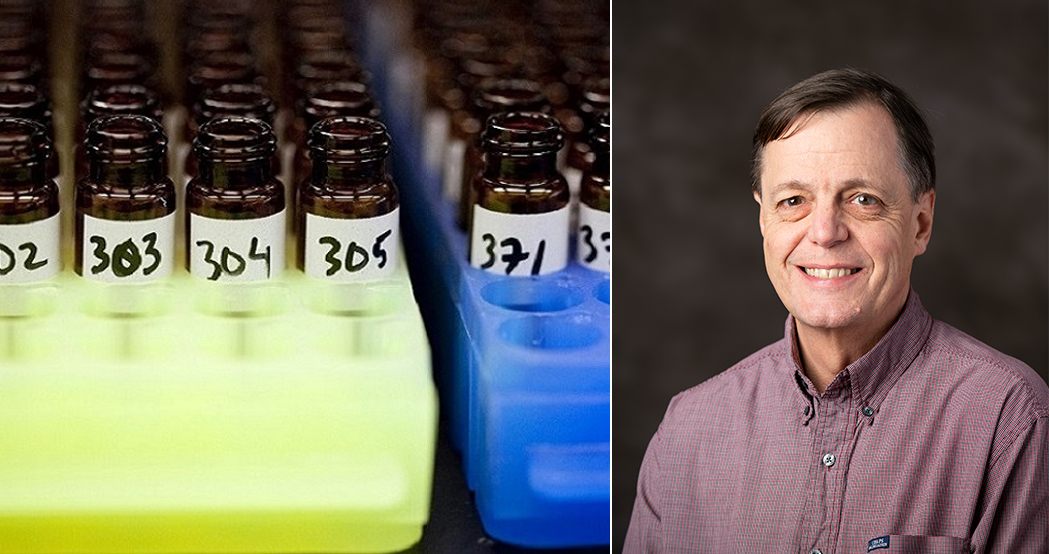 Highly specific, multifunctional therapies have their price, and it’s a small one

Chuck Shoemaker, professor in the Department of Infectious Disease and Global Health at Cummings School of Veterinary Medicine at Tufts University, has developed a versatile, effective, and surprisingly inexpensive method to treat diseases worldwide

The use of antibodies as therapeutics has revolutionized how diseases are treated in the developed world. Monoclonal antibody (mAb)-based therapies target specific biomolecules and promote their inhibition or clearance from the body. Because of their large size, complicated structure, and poor chemical stability, however, mAbs are costly to produce and store. For these reasons antibody therapeutics have been developed almost exclusively for diseases that afflict the developed world. One example is treatments for rheumatoid arthritis, a condition prevalent in parts of the world where costs to produce mAbs can be recouped and where there is a storage infrastructure in place to accommodate their limited shelf life.

Chuck Shoemaker, professor in the Department of Infectious Disease and Global Health at Cummings School of Veterinary Medicine at Tufts University, has developed a novel platform that combines the specificity and flexibility of monoclonal antibodies with the stability and cost benefits associated more often with small-molecule medicines. The platform exploits the natural, heavy-chain-only antibodies that augment the immune systems of certain vertebrates (here, alpacas) to generate single-domain antibody fragments called VHHs. What’s more, Dr. Shoemaker has developed novel methods to improve how long VHH-based medicines stay in the bloodstream and tailor their immune properties to better treat disease targets. VHH antibodies (which bind targets with the same strength as traditional mAbs) can be tethered together to create multimeric, high-affinity binders to a target, or to create medicines that act on multiple targets at one time for improved therapeutic efficacy.

Perhaps the greatest advantage of VHHs over mAbs is that VHHs are small and occur naturally as single components. Their small size (and well-defined structure) allows them to be produced inexpensively at high levels (in bacteria cells, for example) and to be dosed as therapeutics on their own. Moreover, VHHs can be incorporated readily into human cell types (such as stem or red blood cells) or into organisms resident in the microbiome. VHHs could also be delivered as part of an RNA-based passive immune therapy. These advantages make VHH-based therapies readily applicable to diseases of the developing world.

Dr. Shoemaker has long been interested in treating diseases in children, especially those in developing nations. Shoemaker began his career after graduate school at Genetics Institute (now part of Pfizer), where he led drug development efforts for therapies for hemophilia that are now on the market. He then went to Harvard University, where his focus shifted to parasitic diseases, and continued this work at AgResearch, a New Zealand government-held biotech where he led the animal health division. At Tufts, Shoemaker and his laboratory have been fine-tuning VHH antibody engineering strategies. Their work to develop antitoxin therapies for botulism and Clostridium difficile infections has received funding from the NIH, DARPA, and industrial sponsors, and a key aspect of their current work on using the VHH platform to prevent diarrheal diseases caused by enteric infections is supported by the Bill & Melinda Gates Foundation. “My primary research goal is to leverage technologies developed to treat diseases of advanced economies for practical applications as developing world disease therapies,” says Shoemaker.  Diarrheal diseases primarily affect children in developing nations and are a leading cause of morbidity and mortality in these areas.

Dr. Shoemaker’s technologies have been the focus of significant commercialization efforts.  Publications in top-tier journals combined with Tufts’ ability to secure patent protection for the VHH antibody fragments make his lab an attractive partner to industry. Shoemaker and his team are now using the platform with various drug delivery modalities to target a range of diseases.  Each sponsor of these projects has different intellectual property goals that must be balanced against IP positions and collaborations already in place. Says Shoemaker, “The tech transfer office collaborates with my industrial partners to get them the rights they need to be successful while also protecting my IP and the University.” The goal of the Tufts Technology Transfer Office is to ensure that Professor Shoemaker has the freedom to continue his innovative research program while it helps incentivize collaborations with corporate partners.